Comments on the Society of the Spectacle, Part 2 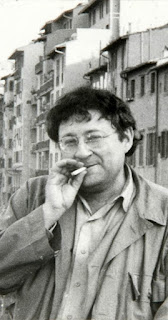 In this middle of the book, Debord sounds a lot at times like an angry, ranting conspiracy theorist. The primary point of argument is about "disinformation", which is not so much disinformation spread by the government, as the idea of disinformation, or the name, applied to any information or [articulation] that contradicts the happiness or inevitability of the spectacle. (Today, however, we can talk about “disinformation” in favor of the spectacle, as well). The concept of secrecy is repeatedly emphasized, that everything is secretly controlled [apparently a key aspect of the integrated spectacle.] Various experts are exposed as dupes, and so on. There is potentially some important insight or so in here regarding the present "post-truth" moment and the public sphere response to the loss of credibility of the state and scientific experts, although Debord would presumably deny that social media etc. (which he did not see coming so far as I can tell) counts as a "public sphere."

In a perhaps tongue-in-cheek moment he talks about conspiracy theory, as another concept used to delegitimize alternative explanations. In this he stands in a contrast with, e.g., Latour, who uses the existence of conspiracy theories to undermine the legitimacy of “critique” itself. Debord is probably right here – it is lazy and self-defeating to invoke the bugbear of the “conspiracy theorist,” but what is a better term, a better way of talking about the self-claimed “skepticism” of climate change “skeptics,” and so on? There is a temptation (which I succumbed to at the end of my previous post) to fall into the language of “real” vs. “fake,” but I’m wondering if Debord’s own insistence on clinging to an idea of the “true” which he opposes to the “falseness” of the spectacle – which seems all the weaker and outdated a strategy in the context of the integrated spectacle, and even moreso today – shows how insufficient such language is, or has become.